Though I don’t always agree with Nevada City Mayor Reinette Senum, I appreciate all that she’s done for the city. Reinette is a co-founder and former manager of the popular Nevada City Farmers Market, organizer of community-wide cleanings, advocate of the Commercial Street Boardwalk, and farm-to-table events.

Reinette’s “Goat Fund Me” campaign was cited as a “novel idea to fight the increasing threat of wildfires” in the Los Angeles Times.

She is a recipient of a prestigious Lambert Award: “Her list of community accomplishments is long and growing longer each year. She has helped transform our historic community in ways that have put Nevada City on the cutting edge of the 21st Century,” said David “Sparky” Parker at the time. “The Famous Marching Presidents are proud to honor Reinette with our 25th annual Lambert Award.”

But at last night’s City Council meeting Vice Mayor Erin Minett requested that Council put an item on the agenda at the December 10 council meeting for the possible “sanctioning” or “removal of the current mayor,” effectively demoting Reinette to a Council member if it were to pass.

Erin cited “a number of things that have occurred over the past month that have been kind of upsetting … in the city.”

She cited examples such as Reinette speaking out about the recent PG&E power outages and not clarifying that the views were her own, comments about the “ready, set, go” wildfire evacuation plan, as well as her opposition to the 5G wireless ordinance. Erin read from a prepared statement.

Council member Valerie Moberg said she had some questions as to what the legalities are for such an action but was assured that the issue was just being explored. Valerie seconded the motion and it passed.

We can expect a circus at the December 10 meeting. Fans and foes of Reinette will fill up the room — western Nevada County public theater “at its finest.” In 2016, she apologized in this well-publicized case involving the Dallas police.

The more things change, the more they stay the same in Nevada City. But this is one of the most counterproductive attempts I’ve seen, and it will further polarize the town. 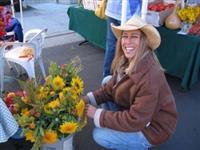