“The Western Fairs Association held its day in the Capitol yesterday,” Assemblyman Brian Dahle said on his Facebook page, as he runs for a State Senate seat. “It was hard to get a handle on all the fairs I love around the 1st Assembly District. Each one plays a huge role in its community’s life. Which is your favorite fair?”

One problem: The Nevada County Fair sign was missing from Brian’s able hands. Wake up Brian! 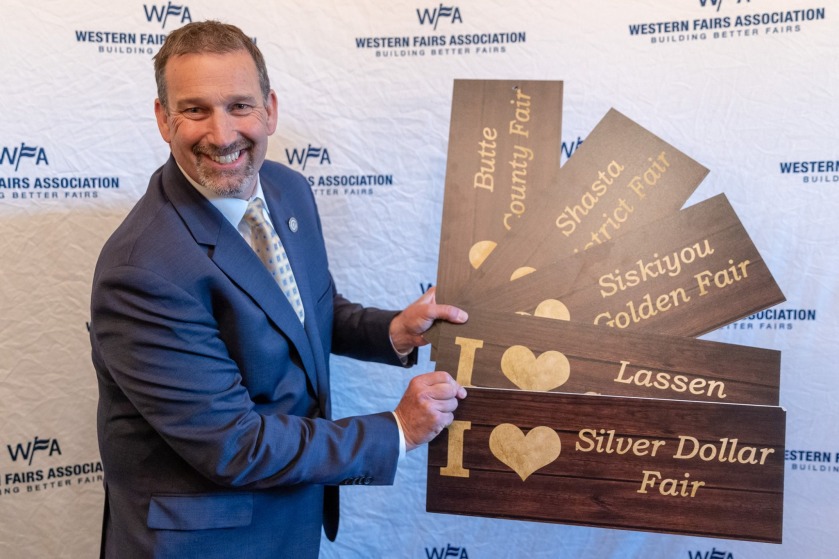