The Union newspaper’s “mobile first” redesign is getting a tepid response, according to the newspaper’s own online poll. So far, 70 percent of those who voted said “I liked the old one better.” Just 16 percent said, “Yes, it’s so easy to use on my phone.”

The results are here: 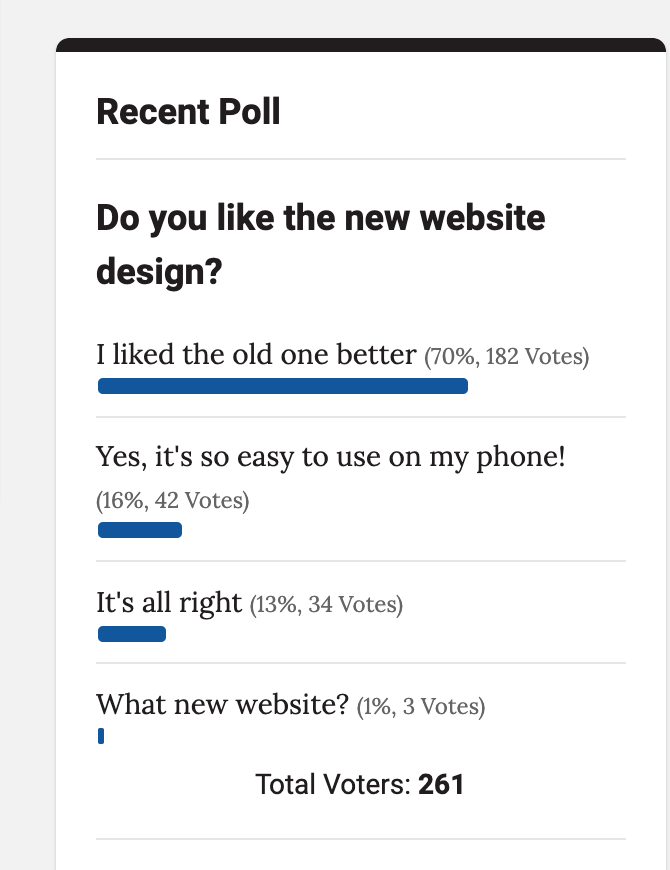 This should NOT come as a surprise, because of the newspaper’s demographics. It reflects an aging, and a flat to declining population around here (AKA a retirement town). School enrollment has been declining. And guess what? Those who are 62 and older are the LEAST LIKELY GROUP to read newspapers on their phones. More of them prefer to read their newspapers in print.

“Square peg, meet round hole.” Bottom line: The Union needs to find some more fresh content to draw new readers, not just repurpose its existing content on a mobile platform. Content is king — not the platform.

2 thoughts on “Poll: Union “mobile first” redesign gets tepid response (AKA who wants to read Boardman’s column on an iPhone XR?!)”