My great grandfather W. A. Raddon and his brother, Sam, owned the Park Record (Park City, Utah) in the late 1800s and 1900s. (As luck would have it, the owner now is Swift Communications, the owner of The Union newspaper ).  I was close to my great-grandpa as a child; he later went to work at the L.A. Times. He had six daughters with his wife Chloe.  Grandmother Ella and I also discussed his newspaper life.

This week, for Christmas, cousin John sent me some letters that William had written. Here’s one, from September 12, 1912, on Park Record letterhead: 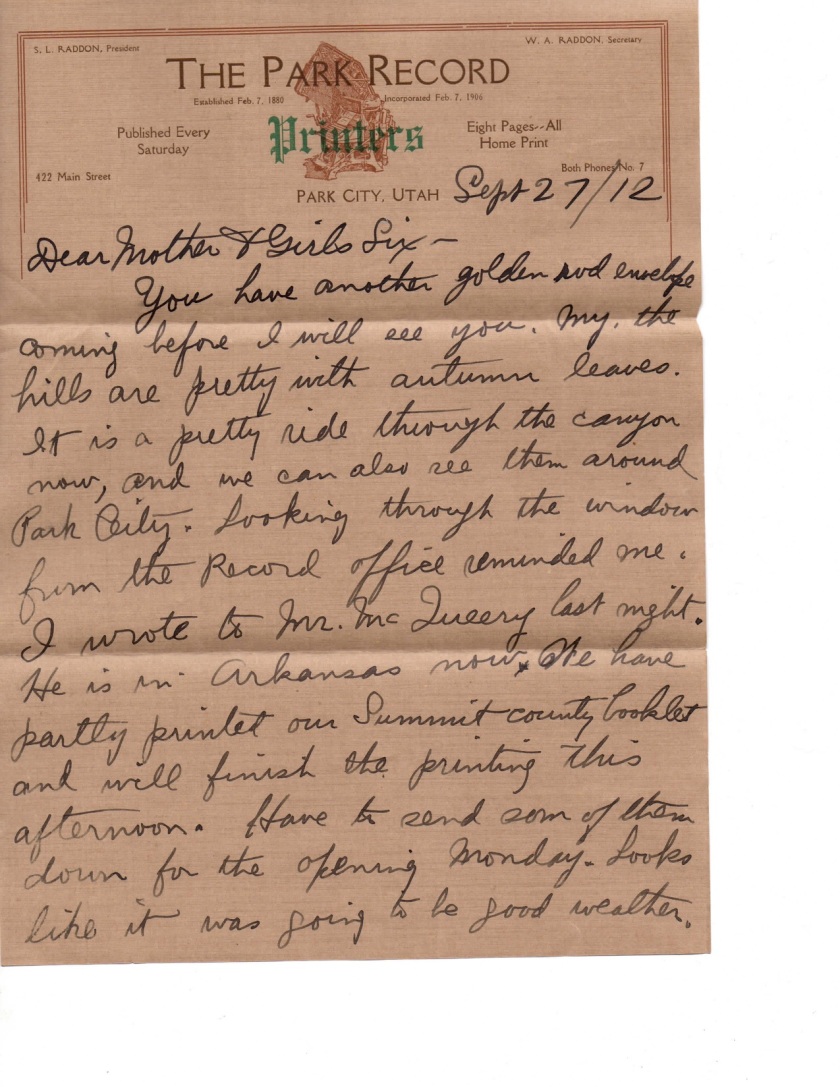 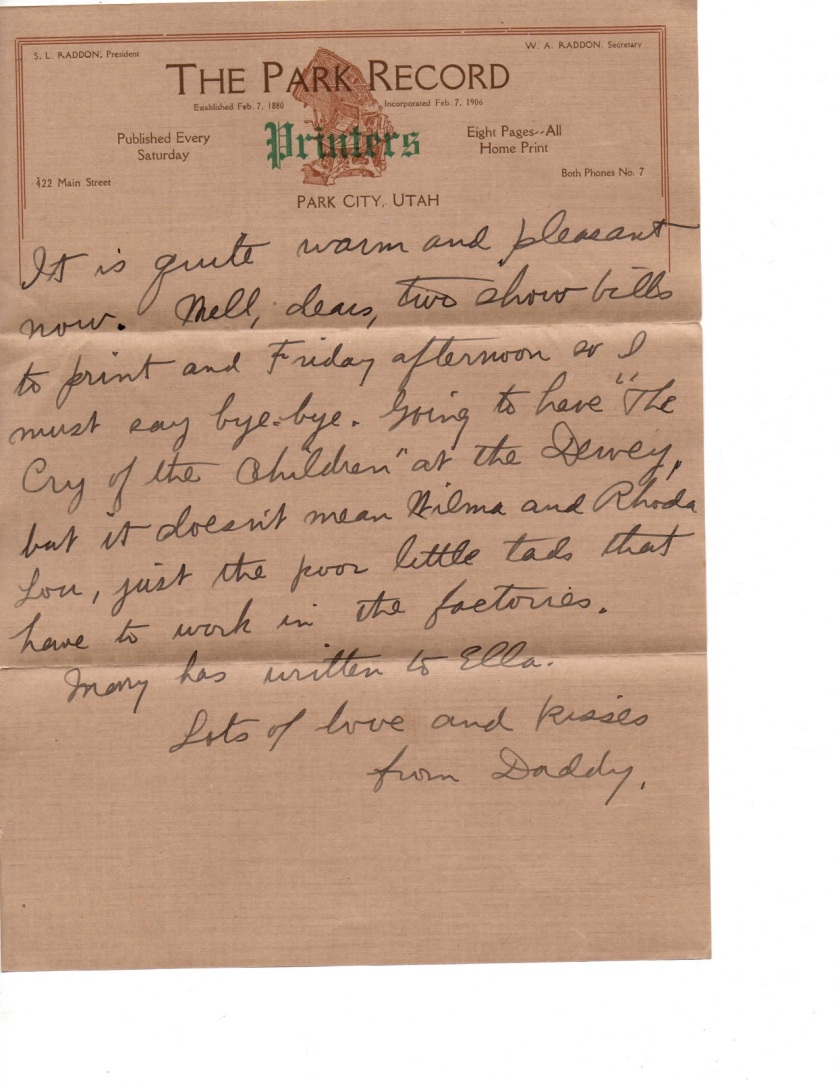 This is the movie he is referring to in his letter: