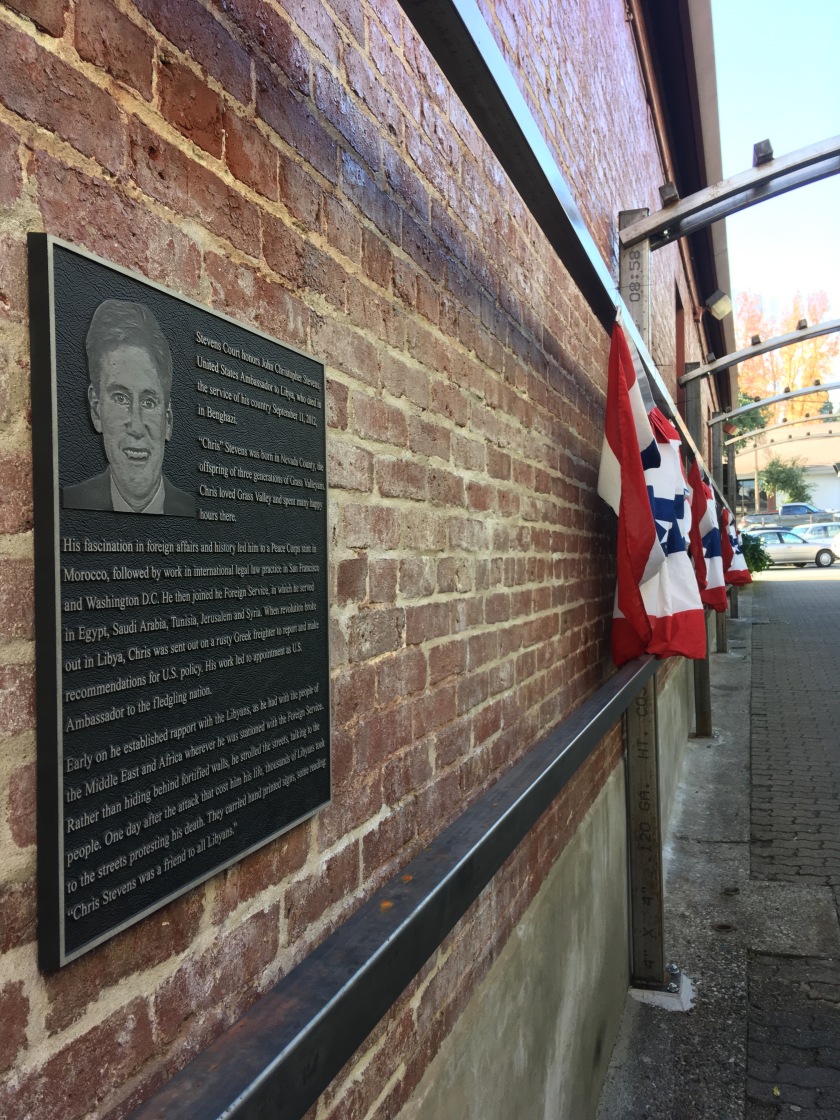 “J. Christopher ‘Chris’ Stevens, died abroad in the service of his country. His service to the United States as a diplomat and public servant has been recognized worldwide.

“Chris was a fourth generation Grass Valleyan. He loved Grass Valley and dreamed of retiring there. Chris’s service as U.S. Ambassador to Libya was a final assignment in a career dedicated to public service and fostering international understanding.

“After a stint in the Peace Corps in Morocco and a law practice based on international trade law, he joined the U.S. Foreign Service, serving in Saudi Arabia, Egypt, Tunisia, Syria and Libya, where he was appointed U.S. Ambassador.

“Chris took pains to learn the language of each country in which he served and relate to the people there. In turn, they responded warmly to his friendliness and lack of affectation.

“As his father said, ‘Chris was successful because he embodied the traits that have always endeared America to the world — a commitment to democratic principles and respect for others regardless of race, religion or culture.’

“In a recent article in The New York Times author and columnist Roger Cohen wrote that Chris ranked among those in the State Department “for whom the word noble would not be displaced.”

“When Chris died in Libya, 30,000 Libyans took to the streets to mourn his loss and disarm those they believed were responsible for his death. Nations and individuals all over the world have expressed their respect for his work and achievements. Major institutions and organizations have taken steps to honor him.

“Chris loved Grass Valley and his roots here are deep. He was born in Grass Valley and buried with his ancestors in the old cemetery. His gravesite is covered with flags and other tributes, mostly from people who didn’t know him but wanted to express their sympathy and gratitude for his work.