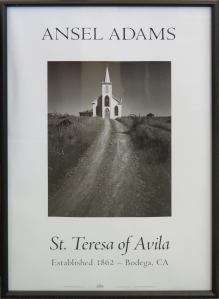 Editor’s note: I posted this on Facebook earlier in the week:

The two sides of Catholic: Shannon and I aren’t Catholic, but we were married in Saint Teresa of Avila Church in Bodega Bay (a state historical landmark, also featured in Hitchcock’s Birds http://www.stphilipstteresa.org/st-teresa-of-avila.html), and we sent our son to Mount Saint Mary Academy, a wonderful, nurturing school in the Sierra foothills. Our son applied to was accepted at Jesuit High School Sacramento, though we opted for the shorter commute to William & Marian Ghidotti High.

All told, I have long admired the part of the Catholic Church known for its teaching, contributions to arts and culture and science, and inspiring figures who changed the world, such as Mother Teresa. In our world travels, I was excited to visit the Vatican and awed. As a child, I loved St Francis Of Assisi and the “blessing of the animals” ritual.

Having said all this, the latest Catholic abuse scandal — this time in Pennsylvania — is becoming the last straw for me. It is endless. Promises of change but not enough results. It is shameful, and I’m sure I’m not alone in observing that the anger and frustration is not just growing —it is at a boiling point.

One thought on “The two sides of Catholic”