“You must be getting kind of desperate George to use your blog for making a personal rebuttal (attack: with a picture no less) upon someone who happens to see the world differently than you do. Although your disdain for those who oppose your extreme views is nothing new it is usually veiled and not so directed toward a particular person. And of course, the circle of stupid piles on and like always mostly unaware of what they are really piling on for. Fasten your seatbelt boys because the hot seat is just going to get worse. In case it wasn’t covered on Fossil er Fox News people are starting to get fed up with the climate denial, fossil fuel industry run government of Donald Trump and the republi-cons as everything they say and do flies in the face of moral decency and rational intellectual capacity. #SAD.
Posted by: Robert Cross | 13 January 2018 at 07:57 PM” 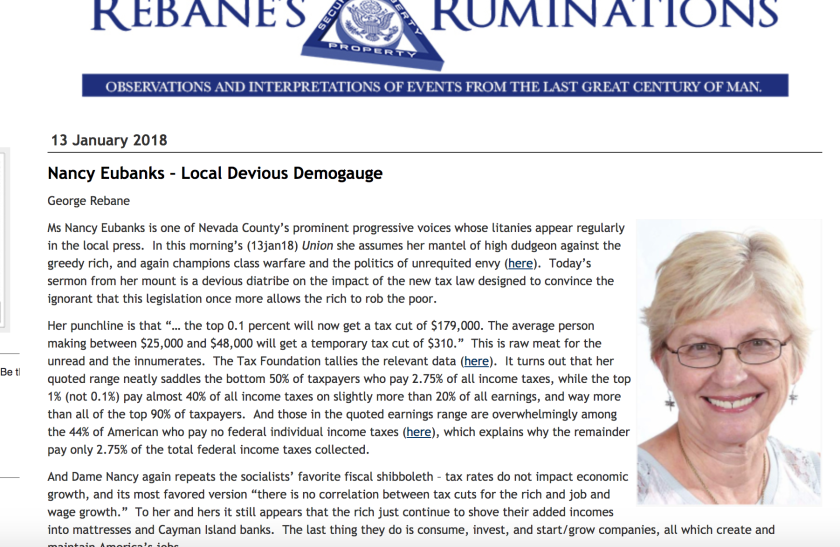 One thought on “Reader sums up our local right-wing blogs”