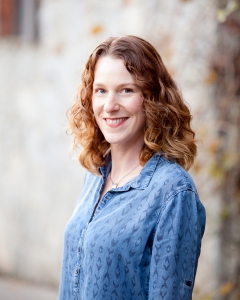 Nevada County resident Melinda Booth has been selected as the next Executive Director of the South Yuba River Citizens League (SYRCL) following a nationwide search, SYRCL Board Vice President Shana Maziarz announced today. Melinda will be formally introduced as the new Executive Director this Saturday, which is the 20th anniversary of SYRCL’s annual Yuba River Cleanup.

“We are thrilled to promote Melinda to serve as SYRCL’s next Executive Director. For the past six years, Melinda has directed the Wild & Scenic Film Festival and she brings an insider’s knowledge to SYRCL’s work. Her expertise in environmental advocacy, development, program leadership, events, and outreach makes Melinda the ideal person to lead SYRCL’s efforts to unite the community to protect and restore the Yuba River,” Maziarz said.

Booth will be succeeding Caleb Dardick who is stepping down after six years to return to the Bay Area. “I couldn’t be happier about this announcement. Melinda and I have worked side by side and I know that she will be a strong and effective leader combining her passion for protecting the Yuba River watershed with her deep experience in environmental advocacy and dedication to SYRCL’s roots in the community,” said Dardick.

“I am so grateful for this opportunity and thankful for the Board’s confidence in me to take on this monumental task.  I am ready to step up to the challenge to lead SYRCL’s diverse work to repair mountain meadows, restore salmon habitat, protect water quality, and ensure that the Yuba River remains the safe, clean and treasured heart of our community,” said Melinda Booth. “This position will allow me to resume my first love of advocacy and campaign work for environmental issues and I am ready to lead the opposition to Centennial Dam on the Bear River.”

Melinda joined SYRCL in 2011 as the Director of the Wild & Scenic Film Festival. Under her leadership, the festival has grown into a major five-day event in Nevada County attended by more than 7,500 people. Thanks to her vision, Wild & Scenic films travel to over 165 communities and reach more than 45,000 people globally.

Prior to joining SYRCL, Melinda had 16 years of experience working with and leading environmental nonprofits. Starting her career at Defenders of Wildlife, she led campaigns to keep bears alive and wild in the Tahoe basin and helped on the reintroduction of the California Condor back into the wild. As Development Manager at the California Wolf Center, Melinda led education, conservation and research on the North American gray wolf, and specifically the reintroduction of Mexican gray wolves to the Southwest. Her passion for wildlife drew her next to the Sequoia Park Zoo Foundation where she served as Development Director, securing millions of dollars for new red panda habitat and an award winning Native Predator exhibit featuring river otter, bald eagle, and salmon.

Booth is married to Alex Merkle, who works locally providing healthcare to the underserved and is an Officer in the military reserves and volunteers with the Sheriff’s Department.

“On a personal note, the Yuba River is central to my everyday life.  Seven years ago, my husband and I purchased land overlooking the South Yuba just downstream of Jones Bar. Not only am I professionally motivated to protect and restore the Yuba River watershed, I am personally invested as a Yuba River homeowner to do all I can as well,” Melinda said.

Maziarz noted that the next few years will mark significant milestones for the organization, which has 3,500 annual members and over 1,000 active volunteers and enjoys widespread support throughout the community. “Melinda is the right leader for this moment in the watershed. 2017 is the 20th anniversary of the River Cleanup and 2018 marks SYRCL’s 35th anniversary of its founding in 1983,” she said.