On October 31, The Union’s smug columnist George Boardman wrote on George Rebane’s blog: “After learning Sunday that the Trump mask is the most popular political mask this Halloween, I sold the rest of our stocks this morning. We decided around Labor Day that if Clinton wasn’t a clear winner two weeks before election day, we would sell our stocks so that we are in cash election day. I hope I’m not in a position to say I told you so when the markets close Nov. 11.”

We first brought this up on November 23. Since then, the market has continued to go up! And to think George was once a business writer. Gadzooks! 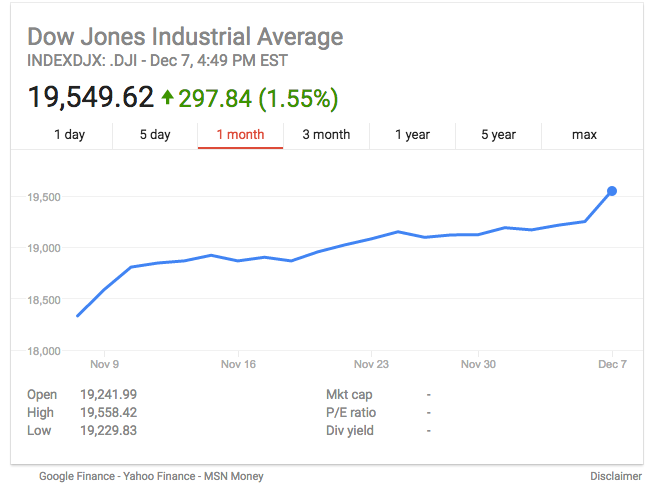 23 thoughts on “The “George Boardman rally””