The Union misspells “sneak peek” on its Facebook page, and a reader named Amber has to point it out (sneak PEEK!!!). You can’t make this stuff up!

BTW, I also confirmed with Niel Locke that David “Sparky” Parker is running for Nevada City Council.  And Niel told me he is running for City Clerk again. 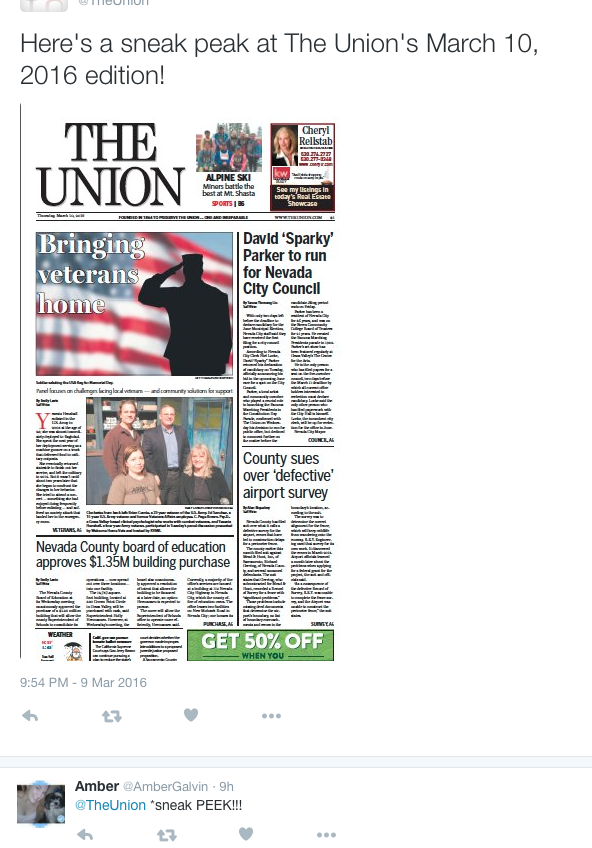 Here’s a cartoon I found that The Union might fund useful: