“The 114th Congress, which went to ‘work’ on Tuesday, is one of the most diverse in American history, comprised of nearly 20 percent women and just over 17 percent of which is non-white. Which means, of course, that four out of five members of Congress are white and four out of five are men.” as the Washington Post is reporting.

“The trend is slow, but it’s clear: Congress is getting a bit less white and a bit less male.

“Over the last few decades, Congress has gotten less Protestant, but it’s still overwhelmingly Christian. The group that Pew finds most underrepresented on the Hill is those without a religious affiliation — comprising 20 percent of the public and 0.2 percent of Congress.

“Congress is nearly as unrepresentative on race and gender. More than half of the population is female; white non-Hispanics are about 63 percent of the population. Congress is starting to look more like the rest of the country, in other words — but the 114th Congress won’t look much like it at all.” 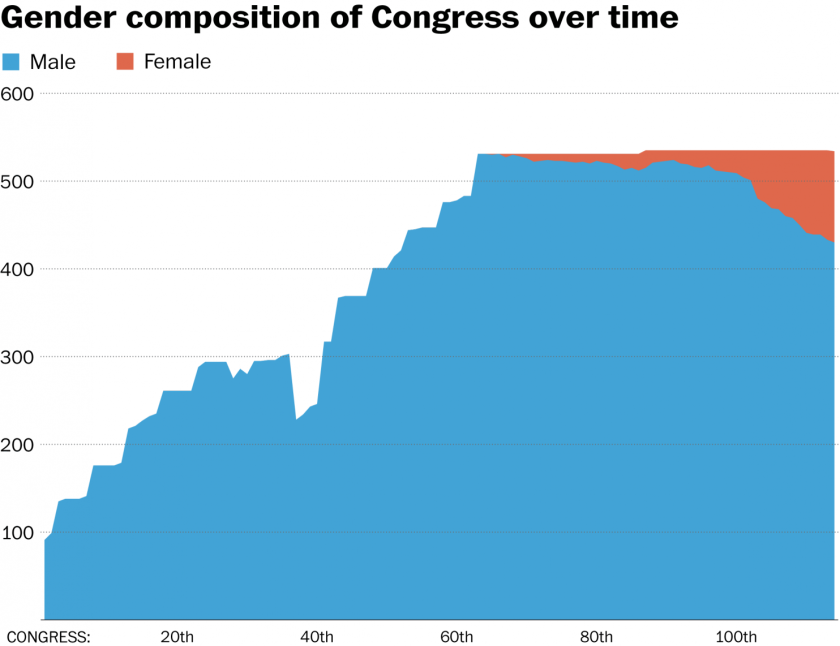 2 thoughts on “The new Congress is 80 percent male, 80 percent white”