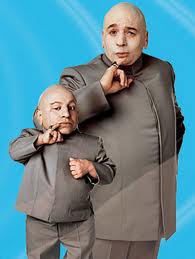 Less than a few days after The Union painted our community as yahoos to the world with sloppy reporting on a “Support Our Troops” sign at a church, the editor is gleefully announcing that George Boardman — a “mini me” of our ex-publisher, in style and substance — will write a weekly column each Monday.

George is a friend of Jeff Ackerman and his glory days of journalism were spent at The Union, though he might have climbed as high up the ladder as the Palo Alto Times. George’s family was involved in running The Stonehouse Restaurant in Nevada City, which closed.

He also worked in PR, often considered a “cop out” for serious journalists, at least in George’s era.

George lives in Lake of the Pines. When I read his columns, I regularly conclude that he should mingle more with Californians — on the Coast or at least in Sacramento or Tahoe.

My main complaint about George is that he’s really average, bouncing around in the minor leagues of journalism without much entrepreneurial achievement, but he pretends to be a real “know it all.”

In fact, he’s guilty of the same common journalism flaw as his friend Ackerman — “jack of all trades, master of none.”

It’s a classic “big fish, small pond” syndrome, “all hat, no cattle,” or a guy who throws rocks from the sidelines but never has won many big games.

I figure The Union brought him onboard to placate the “righty’s” of our community, who complain the new publisher is too soft compared with Ackerman. It came after a “readership survey.” On the hard-right political blogs, one reader has been speculating about another looming management shakeup.

It’s a safe move too. George also is popular with the RL Crabb contingent, many “shifters” and other community old timers. They defend him wholeheartedly, like mother hens.

It’s a big mistake if The Union ever expects to grow its readership — and a classic “inside the box,” “cul de sac” recruit. And to preserve what? The readership is aging and declining.

On George’s blog, you’ll find headlines like “Is ObamaCare on its way to becoming ObamaGeddon?”

Or “Transgender bathrooms? In elementary school?,” where he writes: “But the conservatives have it right with their latest cause, repeal of a new California law that lets transgender students choose which bathrooms and locker rooms to use, and which sports teams to join based on their gender identify.”

You can also read George making fun of real-food author Michael Pollan when he came to town, while also belittling the sustainable food movement — even though it is gaining traction in our community.

“GM crops have helped ensure food security and bolster incomes for farmers, and better GM crops are in the pipeline. Billions of people are leading longer, healthier lives since the commercialization of GM foods over 17 year ago,” he wrote.

George also likes to bring up the old saw that healthier food costs more. “Duh”! as he would put it. “Organic? Eat a Big Mac and pocket the change,” he writes.

George likes to make fun of our County officials, referring to their “clueless comments” but again, I’d cringe to think of him executing any county responsibilities. Talk is cheap.

He also was a business writer but shows a poor understanding of Silicon Valley’s role in propelling our state economy out of the recession, using trite phrases such as “irrational exuberance.”

George makes fun of Netflix, which would have made him a bundle if he’d bought the stock instead of made fun of it.

Like Ackerman, George has a chip on his shoulder and is insecure around people who are smarter or more successful than he is.

Congratulations to The Union! It is starting off the new year taking a giant step back to the days of its ex-publisher. And drawing a smaller circle around itself.

5 thoughts on “Our local newspaper bags ex-publisher “mini me” to write a weekly column — whoo hoo!”