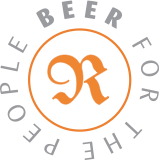 Here’s a small-town scoop: A brewery is planned for Nevada City called the “Ol’ Republic Brewery.”

It is being launched by Nevada City resident Jim Harte, a home brewing veteran for 28 years, who has won gold and bronze medals for his beers at the California State Fair.

The 3,200-square foot brewery is set to open this summer, Jim told me in an interview. “I can’t wait to get the doors open,” he said.

The brewery is going to be underneath SPD at 124 Argall Way. Ol’ Republic will provide some off sale of its brews, but it won’t be a restaurant. The idea is to BYOF (Bring Your Own Food, in this case) from the nearby deli or pizza parlor, Jim said. They will provide brew in the tap room.

Customers will fill a stainless steel, two-liter bottle — or growler — with the brew and return with it for a refill. (Growlers got their name based on the rumbling sound they made as CO2 escaped through the lid when beer was carried home in it).

“There’s only one thing I like more than making beer, and that’s knowing people love drinking the beer I make,” said Jim, who most recently was chief operating officer of Consentino Winery in St. Helena.

Jim had to jump some through some hoops to get the brewery going in Nevada City and had considered going to Grass Valley instead.

But some locals pitched in to keep the brewery on track.

It can be a sister business of sorts to BYOB Wine Seller on Zion Street, whose opening was first reported here.

Businesses such as BYOB and Ol’ Republic are good “mom and pops” for our town — unique for locals, not just tourists.